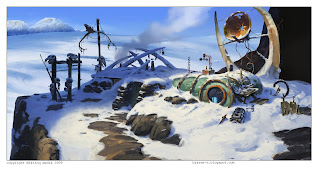 If you want to see more from the Mikisoq film which hopefully gets to the big screen some day you can take a look at the official website: www.mikisoq.com
Posted by Thomas Banner at 10:29 AM